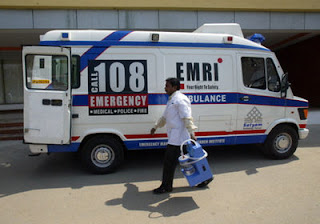 Himachal Pradesh Health Minister Kaul Singh Thakur has launched a mobile application called ‘108 HP’ to facilitate efficient access to ambulances for medical emergencies.
On this occasion, he also flagged off five new ambulances under 108- National Ambulance Service from the historic Ridge Maidan. Quoting sources, our correspondent reports that now the number of ambulances under the service has increased to 199.

So let’s do:
1. Name the state, which has launched ambulance mobile app?