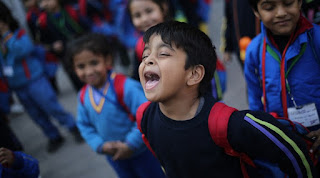 The Annual Status Education Report (ASER) 2016 found that Himachal Pradesh is doing well in many regards, on the education front, as compared to the rest of the states. It has the country’s highest reading and mathematics learning levels, shooting past even Kerala, which has an almost spotless track record of maintaining its position as the most literate state.
Himachal Pradesh has the highest rate of children who can read a standard II level of text in the country. This stands at 47 per cent for standard III level of learning, a 70.5 per cent for standard V and an 87.9 per cent for standard VIII.
Source- The Indian Express