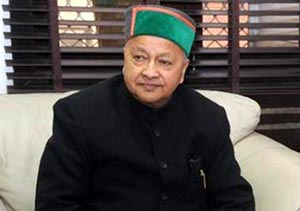 Himachal Pradesh became the first state in the country to have a State Data Centre (SDC), designed using green data centre concept. It was launched by Chief Minister Virbhadra Singh in Shimla.

The SDC will offer 101 people-oriented services online through an integrated data base. It would integrate the websites of various departments and all services can be accessed through the integrated data base. It is the first SDC in the country which has been designed using green data centre concept to minimise power requirement and increase power utilisation efficiency. SDC would help different state government departments to roll out more government-to-citizen-services. It will also enable people these services from anywhere and anytime.

So let’s do:
1. Name the state, Which has launched the first state in the country to have a State Data Centre (SDC)?
2. Who is the Chief minister of Himachal Pardesh ?
Source – The Hindu