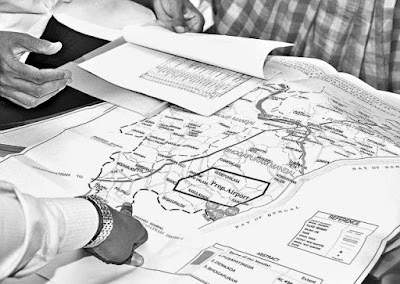 Andhra Pradesh, the state finance department, Housing and Urban Development Corporation (HUDCO) and the Special Purpose Vehicle Bhogapuram International Airport Company Ltd., (BIACL) have entered into a formal agreement, paving the way for the International Airport to come up near Visakhapatnam.
Andhra Pradesh government would stand guarantor to the Rs.650-crore loan to be extended by HUDCO. The amount will be released in 10 to 15 days to BIACL which will be utilised by the government to acquire 2,400 acres for the Airport in the first phase.

The land acquisition process is expected to be over in about six months and the HUDCO loan comes with a moratorium of three years and the loan would have to be repaid over 17 years. The BIACL would invite international bids for the construction of the airport which will be big enough for the biggest aircraft Airbus 380 to land and accessible to three north Andhra districts.