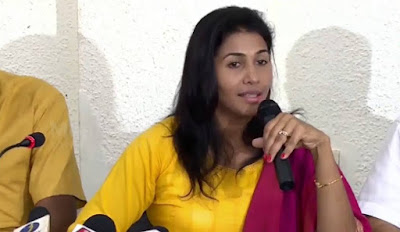 Olympian Anju Bobby George has resigned as President of the Kerala Sports Council, after she accused Sports Minister E P Jayarajan for allegedly harassing her and other members of Kerala Sports Council.
Besides the iconic athlete, 13 other members of the council, including noted volleyball player Tom Jose, also resigned. She was appointed to the top post by the Oommen Chandy government in the year 2015. Anju became the first Indian athlete ever to win a medal in a World Athletics Championships in Paris in 2003. Anju the winner of Arjuna awards has represented the country in the Olympics, Commonwealth Games, Asian Games and World Championships from 2002 onwards. Anju Bobby George  is an Indian athlete. Anju Bobby George made history when she won the bronze medal in Long Jump at the 2003 World Championships in Athletics in Paris.

So let’s do:
1. Name the person, who has resigned as President of the Kerala Sports Council?