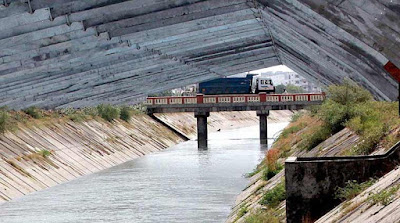 Six main power-generating turbines of Sardar Sarovar Dam at Kevadia in Narmada district of Gujarat have become operational since July 12, producing electricity at its full capacity after 65,000 cusec of water was released from the dam in Madhya Pradesh due to heavy rainfall in the catchment areas.
All the six units of riverbed power house of 200 MW each have been generating power at its installed capacity because of the high flow of water in the river since a week. The totalled installed capacity of the riverbed power house is 1200 MW.
So let’s do:
1. Name the Hydropower station, which has operational at Kevadia in Narmada district of Gujarat?