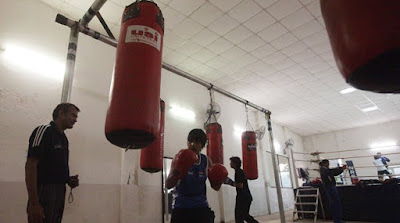 The Indian Boxing Council (IBC), a licensing body for professional boxers in the country which has Vijender Singh among others on its roster, has been granted affiliation by the Commonwealth Boxing Council (CBC).

Indian Boxing Council is a National Boxing Governing body that sanctions professional boxing matches and awards national and subordinate championship titles. It is the first time in India where there is an opportunity for the Boxers to be professional. It also aims to promote and serve the sport of boxing, to implement fair, scientific and objective computerised systems and also to establish uniform safety measures and uniform procedures for the protection of professional boxers as well as the conduct of championship match.
So let’s do:
1. Expand the terms IBC and CBC ?
2. _______ Gets Affiliation From Commonwealth Boxing Council.