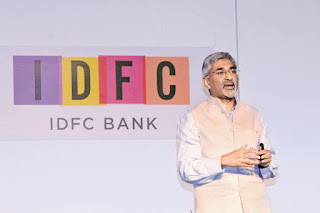 IDFC Bank (Infrastructure Development Finance Company) has announced it had acquired Tamil Nadu-headquartered microfinance institution Grama Vidiyal in an all-cash deal. The company did not disclose the deal size. The bank has obtained in-principle approval from the Reserve Bank of India for the deal.
The acquisition gives IDFC Bank access to Grama Vidiyal’s 12 lakh customers across 7 States, besides giving it 319 branches across 65 districts in these States. According to Rajiv Lall MD and CEO of IDFC Bank, the acquisition will help the bank reach out to those segments of customers that are usually not served by the banking system, besides transforming it into a mass retail bank. The acquisition was value-accretive for the bank. All 3,000 employees will be absorbed by IDFC Bank and the current top management of the microfinance institution will remain. Grama Vidiyal has a presence in Tamil Nadu, Kerala, Karnataka, Puducherry, Maharashtra, Gujarat and Madhya Pradesh and has a net asset base of Rs. 1,502 crore as of FY16, all of which will be transferred to IDFC Bank.

So let’s do:
1. Name the bank, which has announced it had acquired Tamil Nadu-headquartered microfinance institution Grama Vidiyal in an all-cash deal?