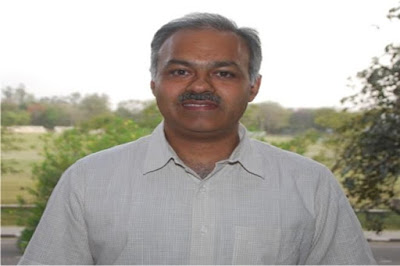 IIT-Kanpur professor Sanjay Mittal has been awarded the twenty-fifth GD Birla Award for Scientific Research for the year 2015. He has been bestowed with this award for his significant contributions have been in the area of Mechanics.

He is Professor at the Department of Aerospace Engineering in the Indian Institute of Technology (IIT), Kanpur. He was instrumental in establishing the High-Performance Computing (HPC) facility at IIT Kanpur. He also heads the National Wind Tunnel Facility. His most significant contribution has been in the area of Bluff Body Flows (flows past blunt bodies associated with large unsteady separation and leading to large fluid forces).
GD Birla Award is an annual scientific award bestowed upon Indian scientist below the age of 50, living and working in India for their outstanding scientific research, mostly during past 5 years. The award is given Indian scientist in any branch of science and technology including medical science, basic as well as applied.

So let’s do:
1. Name the person, who has been awarded the twenty-fifth GD Birla Award for Scientific Research for the year 2015?
Source – The Hindu