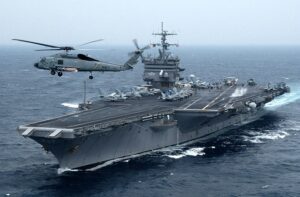 India and France will conduct their largest ever naval exercise ‘Varuna‘ in May 2019. It will witness the participation of aircraft carriers, destroyers, submarines, and fighters.