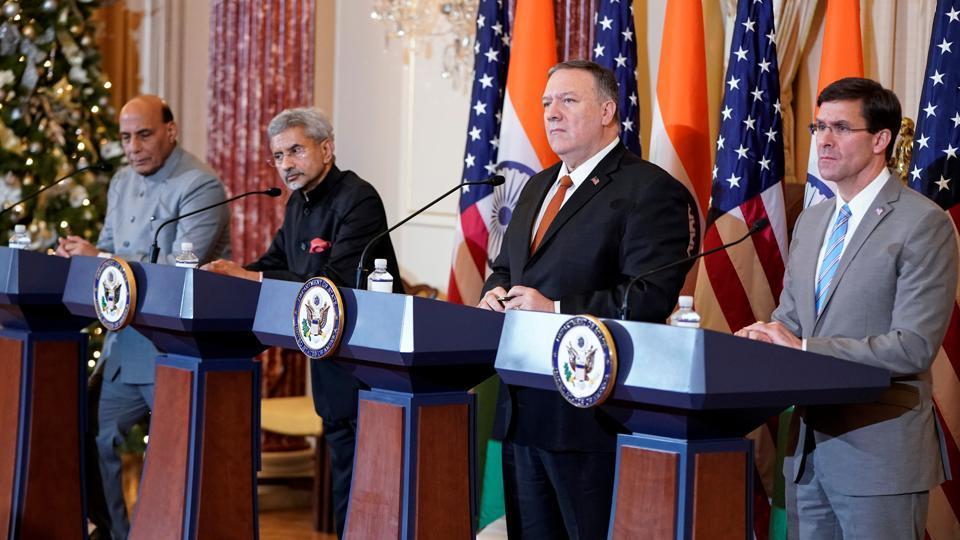 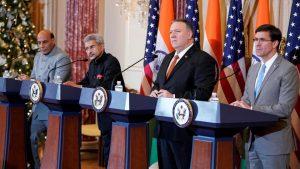 India and the US have signed an agreement to facilitate the transfer of defence technology. During a 2+2 dialogue held at Washington DC, the top foreign affairs and defence leaders on growing strategic relations between the world`s largest and most powerful democracies.

India and the US have a common vision of a free, seamless and peaceful Indo-Pacific region. India has bought weapons worth more than $15 billion from the United States over the past decade as it seeks to replace its Russian-origin military and is in talks for helicopters, armed drones and a bigger Indian plan for local production of combat planes together worth billions of dollars.