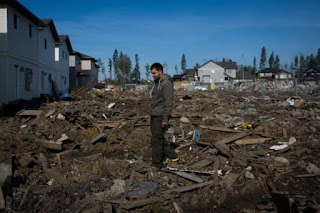 The World Risk Report 2016, published by the UNU Institute for Environment and Human Security (UNU-EHS) and Bundnis Entwicklung Hilft, analyses the role  that infrastructure plays in shaping a country’s disaster risk. India has been ranked 77th on the World Risk Index, topped by the Island state of Vanuatu.

This is a list of countries by natural disaster risk, as measured in the World Risk Index, calculated by the United Nations University for Environment and Human Security (UNU-EHS) and featured in the 2013 World Risk Report (WRR 2013) published by the Alliance Development Works/Bündnis Entwicklung Hilft (BEH).