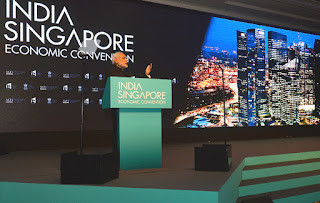 India has received the maximum FDI inflows from Singapore in 2015-16 followed by Mauritius, the US, the Netherlands and Japan. India attracted $13.69 billion foreign direct investment from Singapore in that financial year. The report also stated that on an average, between 2000 and 2016, about 40 % of FDI inflows has gone into services, telecom, construction and computer software and hardware sectors.
Source – Business Standard
×