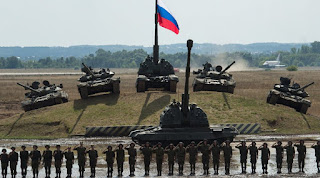 India, Kazakhstan joint bilateral military exercise “Prabal Dostyk -16” began in Karaganda region of Kazakhstan. The 14-day exercise will be a significant step towards fostering military as well as diplomatic ties between both countries. ‘Prabal Dostyk’ means ‘Robust Friendship’.
The exercise will be conducted in two stages; first stage will be to familiarize with each other’s tactics, drills, weapons & equipment. In the second stage, troops of both the armies will graduate to jointly execute a helicopter-borne operation in a simulated environment.
So let’s discuss some questions related to this post :
1. Name the exercise, which has started between India-Kazakhstan recently?
2. The “Prabal Dostyk -16”  military exercise is going on at which place?
Source – The Hindu