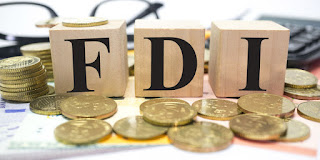 According to the Economic Survey, India has now emerged as one of the most open economies in the world for receiving foreign direct investments (FDI), on the back of a host of liberalisation measures. It pointed out that measures taken by the government have resulted in FDI equity inflow of $43.4 billion in 2016-17, which is not only an increase of 8% over the previous year but also the highest ever.
Mauritius, Singapore and Japan have been top three source countries of FDI inflows to India contributing 36.2%, 20% and 10.8%, respectively, during 2016-17, according to the survey.
Important Takeaways from Above News-
Source- Business Standard