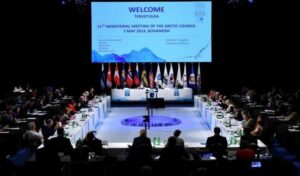 India was re-elected as Observer to the Arctic Council, an intergovernmental forum. The decision was taken during the 11th Arctic Council ministerial meeting at Rovaniemi, Finland.

The Council also appointed the International Maritime Organisation (IMO) as a new Observer. India successfully got the Observer status in 2013 during the Kiruna Ministerial meeting held in Sweden.