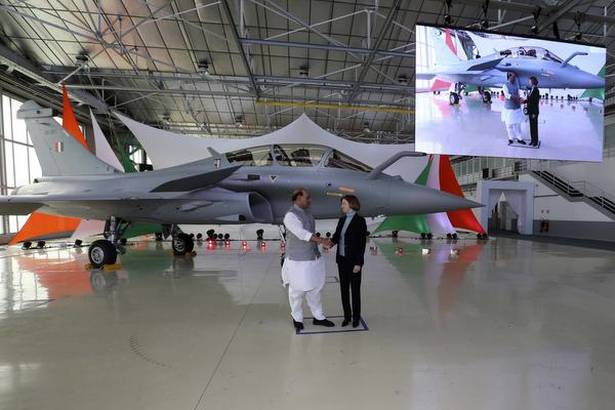 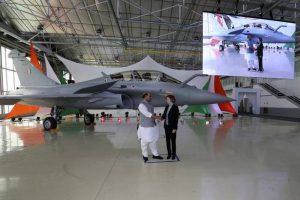 India has got the 1st Rafale fighter jet “RB-001” built for the Indian Air Force (IAF) in France. Defence Minister Rajnath Singh received the 1st Rafale combat jet aircraft at Production Unit of Dassault Aviation in France. However, the first batch of jets will arrive in India only in May 2020. Defence Minister also held the Annual Defence dialogue with his French counterpart Florence Parly.

The RB in the aircraft designation stands for IAF Chief Air Chief Marshal R.K.S. Bhadauria who as then Deputy Chief of IAF led the Indian negotiation team and had a major role in the contract negotiations.