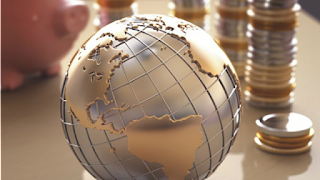 India has recieved over 300 billion US dollar Foreign Direct Investment (FDI) milestone between April 2000 and September 2016. Thirty three per cent of the FDI came through the Mauritius route. India has received 101.76 billion US dollar from Mauritius between April 2000 and September 2016, according to data compiled by the Department of Industrial Policy and Promotion (DIPP). The cumulative FDI inflows during the period amounted to 310.26 billion dollar.