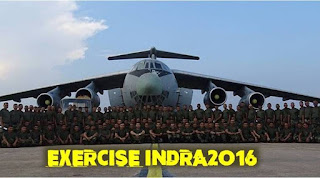 The 8th edition of the Indo-Russia joint military exercise ‘Indra 2016’ was flagged off in Vladivostok in Russia. Indra, a portmanteau of the names of both the countries, is a biannual exercise which has been carried out between the two allies since 2003.
This year, the focus is on Counterterrorism Operations in Semi Mountainous and Jungle Terrain under United Nations Mandate. Interestingly though, Russian troops arrived in Pakistan the same day for the first-ever Pakistan-Russia joint military exercise dubbed  “Friendship-2016”.