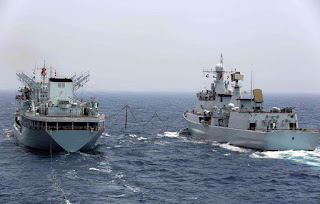 The India-Russia Indra NAVY-2016 naval exercise will be held from 14th to 21st December. The exercise will be held in the city of Visakhapatnam and in the Bay of Bengal. The first Indian-Russian naval exercises were held in May 2003.
So, let’s discuss some questions related to this post:
Q1. Name the naval excercise 2016 which is going to start on 14 December between India and Russia?
Ans1. Indra NAVY-2016
Source-The Hindu