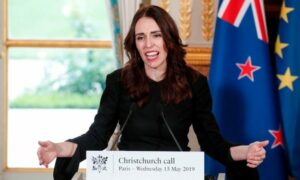 India signed the ‘Christchurch Call to Action’ in Paris. The agreement came in the backdrop of the attacks on mosques in March and is aimed at stopping the abuse of the Internet by extremists.

The meeting held in Paris was attended by representatives of online giants like Microsoft, Google, Twitter, Facebook, and Amazon. India was represented by Ajay Prakash Sawhney, Secretary, Ministry of Electronics and Information Technology.