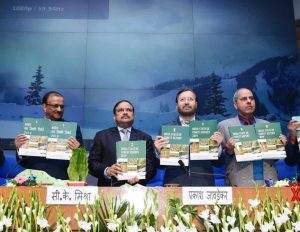 The report is published by the Forest Survey of India (FSI). The FSI has been mandated to assess the forest and tree resources of the country including wall-to-wall forest cover mapping in a biennial cycle. This is the 16th edition of India State of Forest Report. In comparison to the assessment of 2017, there is an increase of 5,188 sq. km in the total forest and tree cover of the country.

Some key highlights of the report: