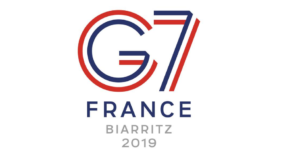 India will be attending the Group of 7 industrialised nations meet organised by France in Biarritz in August along with Australia, Chile, and South Africa. the French ambassador to India Alexandre Zeigler stated that one of the issues on the agenda of the G-7 meet would be fighting terrorism in cyberspace.