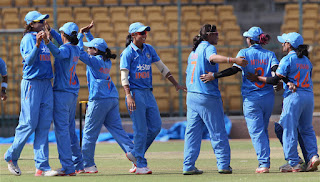 The win stretches India’s unbeaten run in the Asia Cup to 32 matches and it is their sixth Asia Cup crown. Mithali Raj top scored for India in the Asia Cup final against Pakistan, she scored 73 runs and remained not out till the end.
Source- The Indian Express