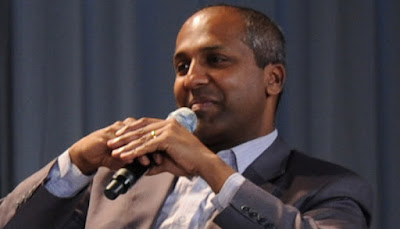 An Indian-American digital media expert has been named by New York Mayor Bill de Blasio as the city’s new Chief Digital Officer to focus on promoting access to local government through technology and support its tech ecosystem. In his new role, Sreenivasan will work to increase access to city-led technology initiatives and direct citywide digital policy.
Prior to his work at City Hall, Sreenivasan served for three years at the Metropolitan Museum, where he led a 70-person team to increase the museum’s digital presence. Before that he spent 20 years as a member of faculty of the Columbia Journalism School and a year as Columbia University’s first Chief Digital Officer.

So let’s do:
1. Name the person, who has appointed as New York’s Chief Digital Officer?