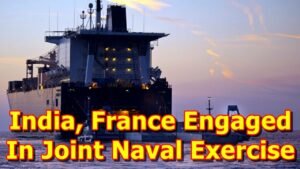 The exercise will be conducted in two phases. The second part, Varuna 19.2, is scheduled to be held at the end of May in Djibouti. The bilateral naval exercise initiated in 1983 and christened as ‘Varuna’ in 2001, form a vital part of the Indo-French strategic partnership.