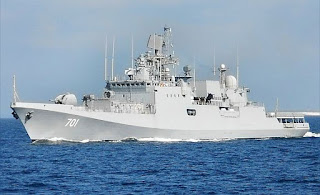 There, Indian Naval Ships will have professional interaction with the Royal Malaysian Navy for further enhancing co-operation between the two forces. In addition, sporting and cultural interactions and sharing of best practices, aimed at strengthening ties and mutual understanding between the two Navies, are also planned. The visiting ships are also likely to conduct exercises with the Royal Malaysian Navy, aimed at enhancing interoperability in communication as well as Search and Rescue procedures, post departure from Port Kelang.