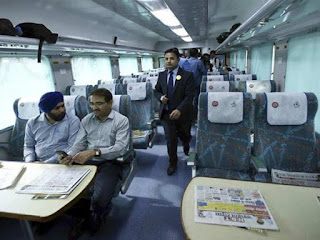 The Indian Railways has a new train in its store, which will help the unreserved passengers as the passengers will not have to book the tickets in advance to travel the far-distance locations. As in the Railway Budget 2016-17, the Railway Minister has announced to introduce the Antyodaya Express, a long-distance, fully unreserved, superfast train service, and also to add two to four Deen Dayalu coaches in some long distance trains for unreserved travel to enhance the carrying capacity for the general public.
The Railways has also decided that all the mail/express trains except fully reserved trains like Rajdhani, Shatabdi, Duronto, etc shall have at least 6 general class coaches in their standard composition as per feasibility. Further, about 87 General Class coaches have been augmented in existing trains during the period 2016-17.