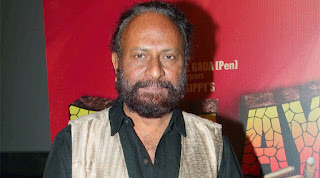 The Film Federation of India (FFI) has kickstarted the process to cherry pick the film, which will officially represent India at the 89th Academy Awards next year. And the deadline for submitting entries for the foreign film category Oscar is October 1. Ketan Mehta has been approached to head the 17-member jury which comprises technicians and artistes within the film industry. As per sources at FFI, the Manjhi director has agreed to do the deed, but not on paper as yet.
Born in Navsari in Gujarat, Ketan Mehta did his schooling from Sardar Patel Vidyalaya, Delhi and later graduated in film direction from Film and Television Institute of India, Pune. During his career he has made ten feature films, seven documentaries and two television serials – Captain Vyom and Mr. Yogi. His repertoire of themes includes comedy, satire, romance, violence and rebellion.