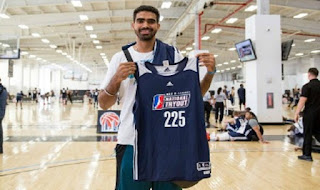 Palpreet Singh, winner of National Finals of ACG-NBA Jump, India’s first national basketball talent search program, was selected 11th in the fourth Round of the NBA D-League Draft held in New York.
Satnam Singh, who became the first Indian to be drafted into the NBA when he was selected 52nd overall by the Dallas Mavericks in the 2015 NBA Draft, represents the Texas Legends, the minor league affiliate of the Dallas Mavericks.
Source- Hindustan Times
×