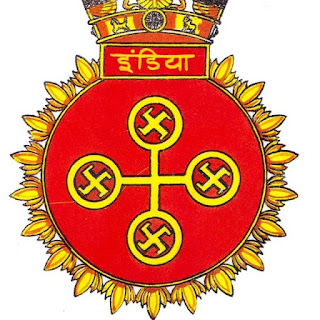 INS India, the base depot ship at New Delhi, celebrated its 75th anniversary (13th July). Established as HMIS India in 1941 it was rechristened as INS India on 26 Jan 1950. The Base Depot ship (stone ship in naval parlance) has the privilege of being the Flagship of the Chief of the Naval Staff.

So let’s do:
1. INS India, the base depot ship has celebrated its ___ anniversary ?