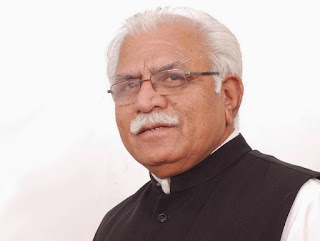 The Haryana Government has launched ‘Pashudhan Bima Yojana’ in the State. The State Animal Husbandry and Dairying Minister, OP Dhankar launched the scheme at a function in Jhajjar. He also presented documents of the Pashudhan Bima Yojana  to cattle breeders and urged them to take maximum benefit of this scheme.
Under the ‘Pashudhan Bima Yojana’, insurance cover would be provided for cows, buffaloes, bulls, camel at a premium of Rs 100 and for sheep, goat, pig at Rs 25 for a period of three years. The insurance companies would give compensation in case of death of an animal. The scheme is free of cost for cattle breeders belonging to Scheduled Castes therefore no premium would be charged from them.

So let’s do:
1. Name the state, which has launched ‘Pashudhan Bima Yojana’?