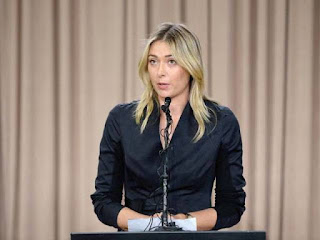 The International Tennis Federation (ITF) has banned former Russian World No. 1 tennis player Maria Sharapova for two years over doping charges. The ban was imposed on her Independent Tribunal of ITF appointed under Tennis Anti-Doping Programme found that she had committed an Anti-Doping Rule Violation.

In January 2016 during the Australian Open she was tested positive for banned drug meldonium (medical drug), a substance that has been added in the forbidden list by the World Anti-Doping Agency (WADA) on 1 January 2016. Since then she was provisionally banned. So far in her career, Maria Sharapova has won total 35 singles titles and five Grand Slam titles, two at the French Open and one each title at the Australian Open, Wimbledon, and US Open.

So let’s do:
1. Expand the term ITF and WADA?
2. Name the star tennis Player, Who has banned for two years?