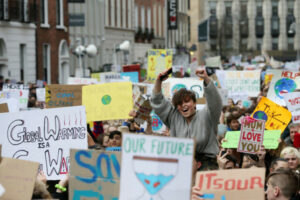 Ireland has declared a climate emergency in their country, to be the second country after Britain to do so. Britain’s parliament became the first in the world to declare a climate emergency, passing the largely symbolic motion on May 1. The step followed 11 days of street protests in London by the Extinction Rebellion environmental campaign group.