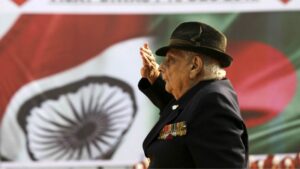 Israel honoured Lt. Gen. (retd) Jack Farj Rafael (JFR) Jacob, who negotiated the historic surrender of Pakistani troops in Dhaka after the 1971 Bangladesh’s liberation war, with a plaque on the Wall of Honour at the Ammunition Hill.

Lt. Gen. Jacob, who passed away in 2016 at the age of 92, was one of the most prominent members of India’s relatively small Jewish community, serving as a Lieutenant General in the Indian Army and later as a Governor of two Indian states-Goa and Punjab.