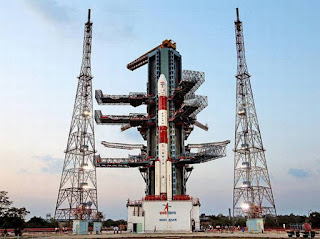 The Indian Space Research Organisation (ISRO) will launch 83 satellites, 80 of them being foreign, in one go in January next year(2017).
80 satellites weighing 500 kg belong to five foreign countries-Israel, Kazakhstan, Netherlands, Switzerland and the U.S. It will be the first of its kind mission in the ISRO’s space history.The three Indian satellites are Cartosat-2 series weighing 730 kg as primary payload, INS-IA and INS-1B, totally weighing 30 kg.

So, let’s discuss some questions related to this post:
Q1. How many satellites will be launch by ISRO in of January (2017) ?
Q2. Out of 83 satellites launched by ISRO how many of them foreign country ?
Q3. Name of The five countries satellites ISRO is launching in January(2017) ?
Ans1.83 satellites
Ans2.80 satellites
Ans3.Israel, Kazakhstan, Netherlands, Switzerland and the U.S.