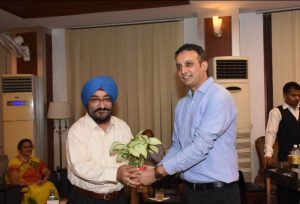 Prior to assuming the charge of CGA, Chawla served as Principal Chief Controller of Accounts, Central Board of Indirect Taxes & Customs (CBIC) where he was instrumental in the finalisation of the accounting procedure and operationalisation of GST Network (GSTN) before the national rollout of GST. He also played a key role in the integration of the IGST refund payment network of CBIC with the Public Financial Management System (PFMS) as part of the Government of India’s decision to digitise all Government receipts and payments through the PFMS portal of the Office of Controller General of Accounts.