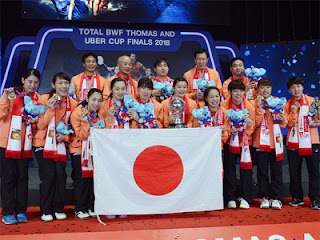 Japan’s women clinched the Uber Cup, breezing by surprise finalists Thailand 3-0 in Bangkok to end a 37-year wait to regain the title. With a team stacked with top-ranked players in both the singles and doubles, Japan made light work of the hosts, who entered the finals for the first time after stunning China in the semis.
It ends an Uber Cup drought for Japan that stretches back to 1981 and is a major confidence boost ahead of the Olympics which they will host in two years’ time.
Static/Current Takeaways Important for Dena Bank PO Exam 2018-
Source- The Hindu