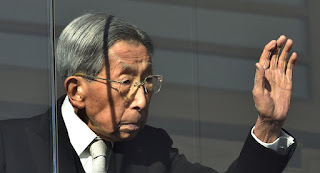 Japanese Prince Mikasa, uncle of Emperor Akihito, died at the age of 100, 27 October. He was the oldest imperial family member in the world. Mikasa was the fifth in the line of succession to the Japanese throne Chrysanthemum, a metaphorical name for the monarchy.
So let’s discuss some questions related to this post:
Q1. Name the world’s oldest royal, who has passed away recently?