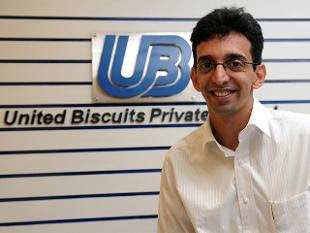 United Biscuits president Jayant Kapre has quit after leading the maker of McVities biscuits to a Rs 150 crore-plus company in six years. Kapre is joining American flavours maker International Flavors & Fragrances (IFF), a business-to-business supplier of flavours to makers of soft drinks, biscuits, confectionery and alcoholic beverages. He is taking over as managing director of the firm.
United Biscuits is yet to name a successor to Kapre who was the first employee of the British biscuit maker in the country, joining as president for India and South East Asia in 2009.  An alumnus of IIM-Ahmedabad, Kapre, 43, started his career at Hindustan Unilever in 1996, and later worked with Gillette, Accenture, Wrigley and PepsiCo before joining United Biscuits. McVities, which hit the Indian market in 2010, is now doing sales of over Rs 150 crore.

So let’s do:
1. Name the person, who has quit as president United Biscuits?