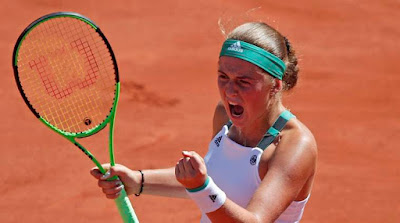 Jelena Ostapenko won her first Grand Slam title by beating Simona Halep 4-6, 6-4, 6-3 in just under two hours in the women’s final of the French Open 2017. With this win, the unseeded Latvian became the youngest women’s champion at Roland Garros in 20 years.
Ostapenko also recovered from a break behind in the third set and finished the contest with a flashing backhand winner to become the first unseeded player to win the title since Briton Margaret Scriven in 1933.

Static Takeaways from above News-
Source- The Hindu