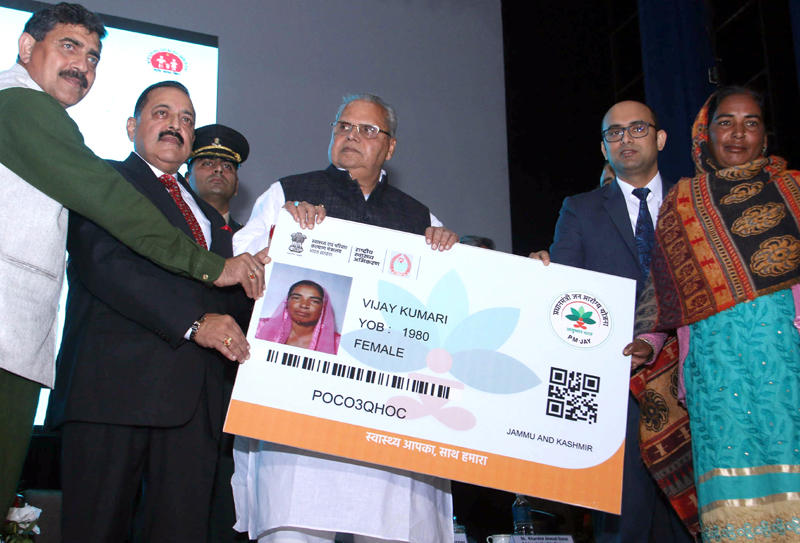 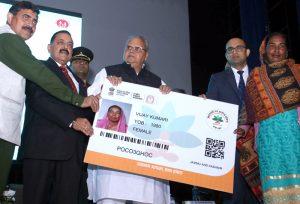 Jammu and Kashmir has become the first state in the country to issue the highest number of golden cards under Ayushman Bharat-Pradhan Mantri Jan Arogya Yojana (AB-PMJAY). Over 11 lakh golden cards have been generated within the first 90 days of the launch of the scheme with 60% of families having at least one golden card which is highest in the country.

Under the scheme, 155 Hospitals including 126 public and 29 private hospitals have been empanelled to provide free and cashless treatment to the entitled beneficiaries while as per Socio-Economic Caste Census (SECC) 6.30 lakh poor and vulnerable families of J&K are entitled to it.