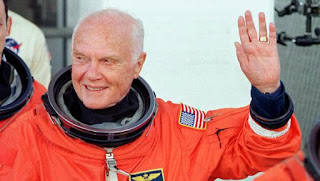 Former NASA astronaut and Democratic US Senator from Ohio , John Glenn, has passed away at the age of 95. He died at the Ohio State University Wexner Medical Center in Columbus, Ohio. On February 20, 1962 Glenn flew the NASA mission Friendship 7, becoming the first American to orbit the Earth.