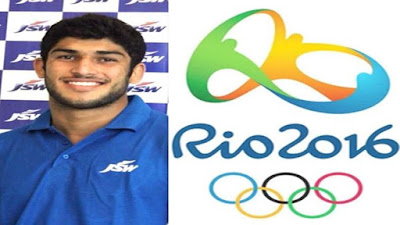 He has qualified under 90kg weight category under the continental quota. His current world Ranking is 79 with 182 points. Avtar Singh hails from Gurdaspur, Punjab. He had won a gold in South Asian Games held in Shillong in February 2o16. He also had won a bronze medal in Asian Junior Judo Championships in 2011. He also had won two gold medals in Senior National Judo Championships in 2013-14 and 2014-15. In the Asian Judo Championships in April 2016 in Uzbekistan, Avtar finished fifth after beating judokas from China and Iran.
So let’s do:
1. Name the judo player, Who has qualified for the Rio Olympic Games in under 90kg weight category ?
Source – The Hindu