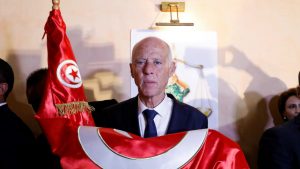 Kais Saied is elected as the new President of Tunisia after a landslide victory in recently concluded Presidential runoff. The Independent law professor Kais Saied won against his rival, Nabil Karoui. He won Tunisia’s presidential election with 73% of votes. The elections followed the death of President Beji Caid Essebsi in July 2019.

TikTok choses Oracle as its technology partner for its US operations