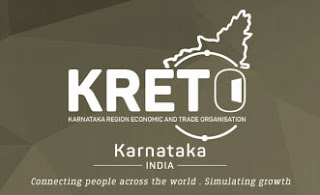 The Karnataka Region Economic and Trade Organisation (KRETO) and the Sanya People Municipal Government, China, signed a memorandum of understanding (MoU) to foster trade between Sanya City and Karnataka. The agreement allows for large and medium delegations from Sanya to visit Karnataka and vice-versa. This agreement also allows for Sanya city to be certified as an approved destination for delegation visits from Karnataka.
The Karnataka Region Economic Trade Organisation (KRETO) headquartered in Bengaluru is a non-profit organization supported by the Karnataka Government in cooperation with various partners drawn from different countries from across the globe. This is a key initiative for Karnataka State along with its individual districts to collaborate with different countries from around the world for economic growth and prosperity.

So let’s do:
1. Name the Trade Organisation, which has signed a memorandum of understanding (MoU) to foster trade between Sanya City and Karnataka?