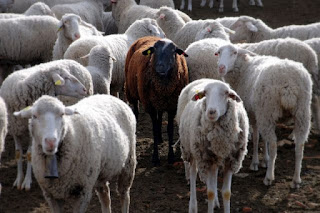 A threatened breed of sheep found only in coastal Jagatsinghpur and Kendrapara districts of Odisha has been conferred ‘rare and singular species’ tag by the central government. The National Bureau of Animal Genetic Resources (NBAGR) has accorded genetic recognition to the breed of sheep, locally called ‘kuji mendha.
It has received registration number INDIA_SHEEP_1500_KENDRAPADA_14042. It became the 42nd sheep breed in India to receive such tag. The genetically rare status will help to boost conservation effort to protect these domesticated threatened sheep. Previously, two buffalo and four cattle breeds’ native to Odisha were registered at national level by NBAGR.

So let’s do:
1. Name the sheep breed, which has been conferred ‘rare and singular species’ tag by the central government?
2. Expand the term NBAGR?