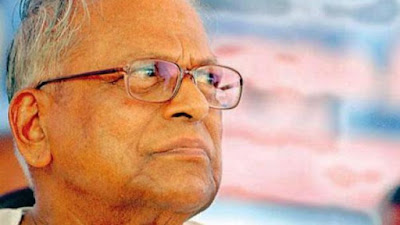 The Kerala Assembly passed Legislative Assembly (Removal of Disqualifications) Amendment Bill, paving way for appointment of CPI-M veteran V S Achuthanandan as chairman of the Administrative Reforms Commission.
The bill is envisaged to make necessary amendments in the present law to remove technical obstacles to confer Achuthanandan, also a legislator in the state Assembly, the post with Cabinet rank. When the bill was introduced in the Assembly, it had invited criticism from the Congress led UDF Opposition. Earlier, a draft bill to amend the law related to the commission was approved by the state Cabinet.

So let’s do:
1. Name the state, which has passed Legislative Assembly (Removal of Disqualifications) Amendment Bill?