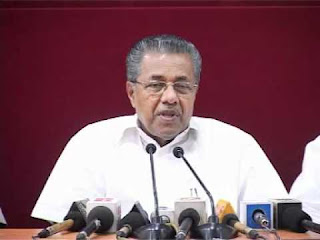 Kerala’s Chief Minister Pinarayi Vijayan has inaugurated the third edition of the Kochi-Muziris Biennale (KMB) at an inaugural event in Parade Ground, Fort Kochi on 13 December 2016. Titled ‘Forming in the pupil of an eye’, the three-month long festival will witness participation from 97 artists from thirty-one countries across the world.
So, let’s discuss some questions related to this post:
Q. Name the Title of festival Kochi-Muziris Biennalee, which has been
inaugurated on 13 December 2016 in Kerala?
Ans. ‘Forming in the
pupil of an eye’
Source-The Hindu