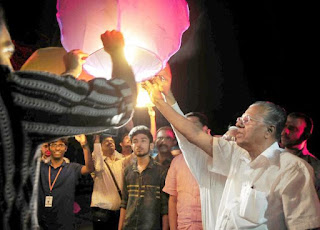 Kerala Chief Minister Pinarayi Vijayan has launched SV.CO, purportedly world’s first digital student incubator, as a digital makeover of the Startup Village in Kochi. SV.CO will constitute the second phase of development of Startup Village and is designed to help thousands of college-goers make an early start in entrepreneurship.
Startup Village is India’s first PPP model technology incubator and has supported more than 500 start-ups and helped create 3,000 jobs during its first phase 2012-15. With SV.CO, Startup Village will scale up by reaching out to five million students in 3,500 engineering colleges across the country. It will provide them a completely digital incubation framework, ranging from application for admission to teaching, mentoring and graduation.

So let’s do:
1. Name the state, which has aunched SV.CO purportedly world’s first digital student incubator?